Difference between revisions of "Mobility on demand"

From TransitWiki
Jump to navigation Jump to search 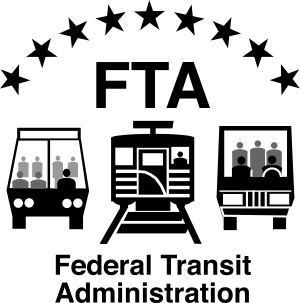 Mobility on demand (MOD) is a Federal Transit Administration term for “an integrated and connected multi-modal network of safe, affordable, and reliable transportation options that are available to all.” This includes modern transportation systems like ridesharing, carsharing, and bikesharing, and demand-responsive transit as well as smartphone apps and other technology. Because these tools are relatively new to transit agencies, the FTA does not yet have clear guidelines to cover all of them. The organization has developed the MOD Sandbox Program to award grants to agencies experimenting with MOD. The FTA hopes this experimentation will lead to a better understanding of the role of mobility on demand in transit operation.

In 2016, LA Metro received $1,350,000 in federal funding for a two-region mobility on demand partnership with Lyft (the partnership has since changed from Lyft to Via), in Los Angeles and Seattle. The project was designed to explore the viability of first/last mile solutions for trips originating and ending at select transit stops.[1] Metro provided this service in three zones that included the following strategic stations: North Hollywood, El Monte, Artesia, Compton, Willowbrook/Rosa Parks, Avalon, and Long Beach. Riders can request rides using Via's existing mobile app or by calling over the phone. Via then matches passengers with other riders along similar routes. Pricing is set in advance, with TAP card holders paying $1.75 and non-TAP riders paying $3.75. Currently however, all rides are free.[2]

The project was rolled out in late January 2019, and reactions have been mixed. Streetsblog LA has been very critical of the pilot, characterizing it as an "expensive flop".[3] Both the FTA and Eno Foundation have conducted external, independent evaluations of the program, as they seek to assess the efficacy of the pilot. The Eno Foundation report covers the process that developed the contracts and partnerships for the pilot projects in both Los Angeles and Puget Sound, and makes recommendations for how the process can be improved.

The Dockless Mobility Pilot was started in 2018 as a one-year pilot permit program, developed to manage privately-operated bikes and scooters. 9 providers were permitted to distribute a standard of 3,000 bikes, and potentially up to 5,000 provided that they distribute the additional 2,000 scooters in “Disadvantaged Communities” as identified by CalEnviroScreen 2.0. Over one year, 36,710 dockless bikes and scooters were distributed and placed at 72 designated parking stations. 6 companies  (Lime, Spin, Bird, Wheels, Jump, and Lyft) were awarded One-Year Conditional Use permits. As a part of the pilot, providers were required to share data on the distribution of their devices via the Mobility Data Specification (MDS), a data standard developed by LADOT. MDS is analogous to the Real-time General Transit Feed Specification, as it provides information on the location, battery level, transaction history, location of rebalancing, and start and ending for various trips. Ownership of MDS was transferred to the Open Mobility Foundation in October 2019..